Tommi Gore maintains his lead on the Championship scoreboard, despite experiencing some mechanical issues in his 2nd race.

As a result of the mechanical issues, he only took home 2 trophies at the end of the day. He placed 1st in the first race and 2nd in the third race.

Tommi competed in the Modified Production Class 2 racing the Honda EK Civic. This is the same car he competed in at Dover ‘Radical Invasion’ back in Easter where he won 2 out of 3 races.

“The first race was nearly perfect, had one or two issues with the car that I know we could fix easily and still managed to pull away from the competition,” Tommi stated. 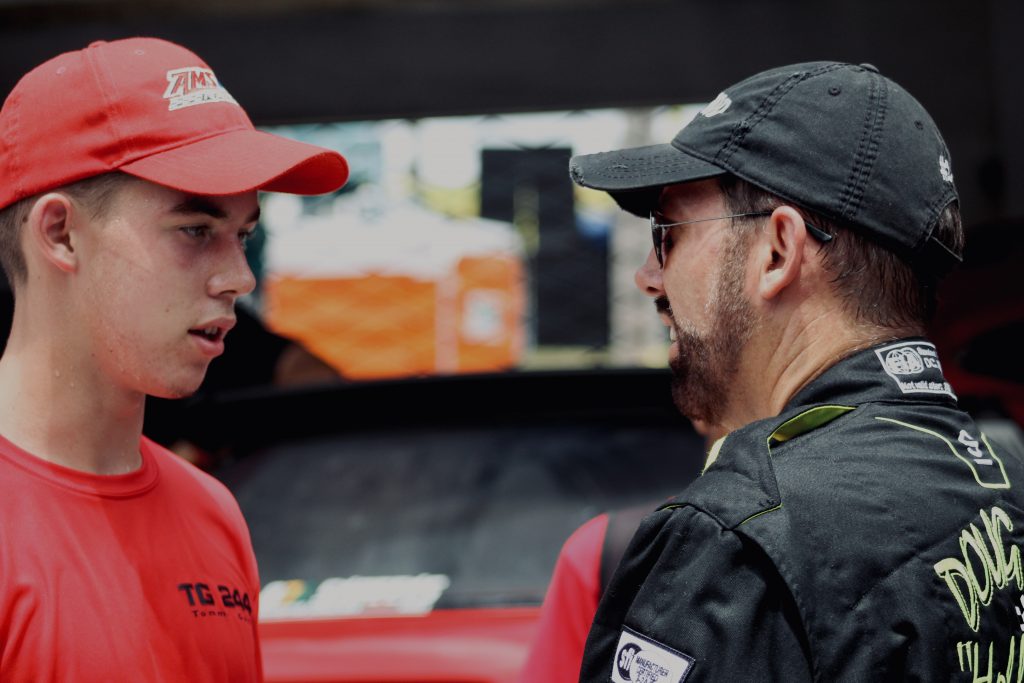 Like father like son. Tommi and his dad, Doug ‘Hollywood’ Gore, both secured a p1 victory in their first race.

For clarity, Hollywood raced in the Modified Production Class 4, but his race ran simultaneously with Tommi’s.

Tommi said the feeling was ‘indescribable’.

“At the end of the race with dad and I both collecting the flags together, it’s truly something I cannot describe, an amazing feeling one that’s not replicable,” Tommi said.

Unfortunately, the car sustained some damage in the 2nd race which did not allow him to finish. In the end the damage sustained was able to be repaired before the last race.

“In the second race I was experiencing a fair amount of vibrations but still managed to maintain my lead till the 3rd lap where my radiator bracket broke in corner 3. This caused the radiator to be lodged between the bumper and manifold causing me to lose control but I was able to regain control and come to a stop to save the engine from the sudden loss of coolant.”

Coincidentally, his father was also having some difficulties with his car in that 2nd race. 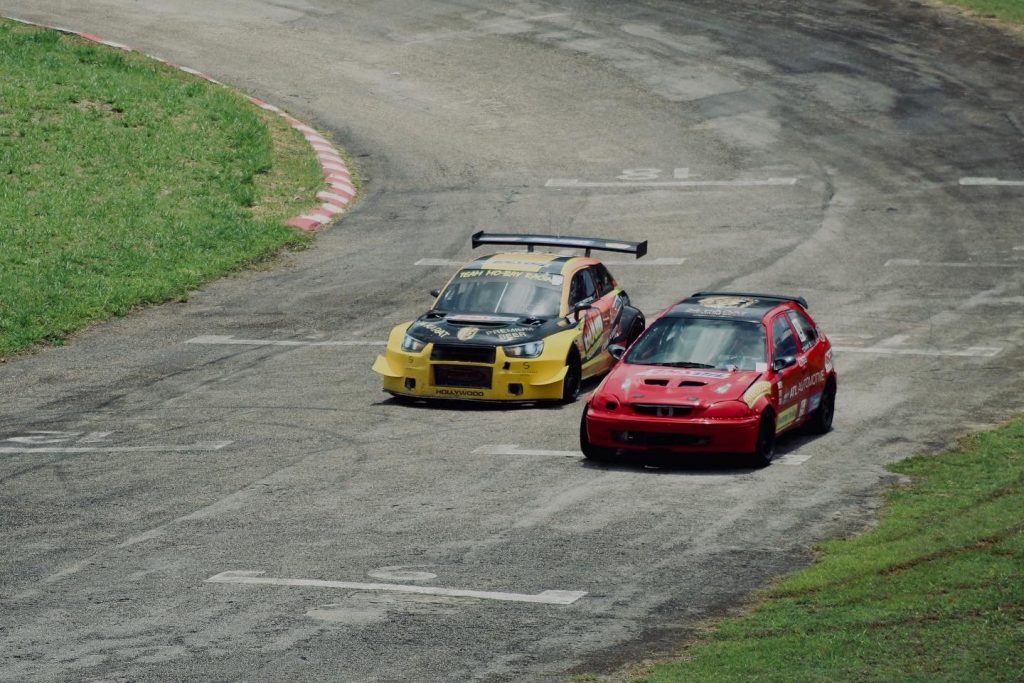 “After race 2 my concern was getting the car ready again which my team, Demar, Ryan, my Uncle Patrick and cousin John Ryan were able to successfully do,” Tommi stated.

He continued, “we replaced the radiator and brackets and got the car out there. It was then up to me to make my way through the pack, back to the front, to maintain my points lead in the championship.”

Although Tommi got 2 track wins, he got 2nd place for the last race for making a pass under the yellow flag.

With the Championship lead still under his belt Tommi is looking to August 14 when the Jamaica Race Drivers’ Club (JRDC) will host their next Dover event.