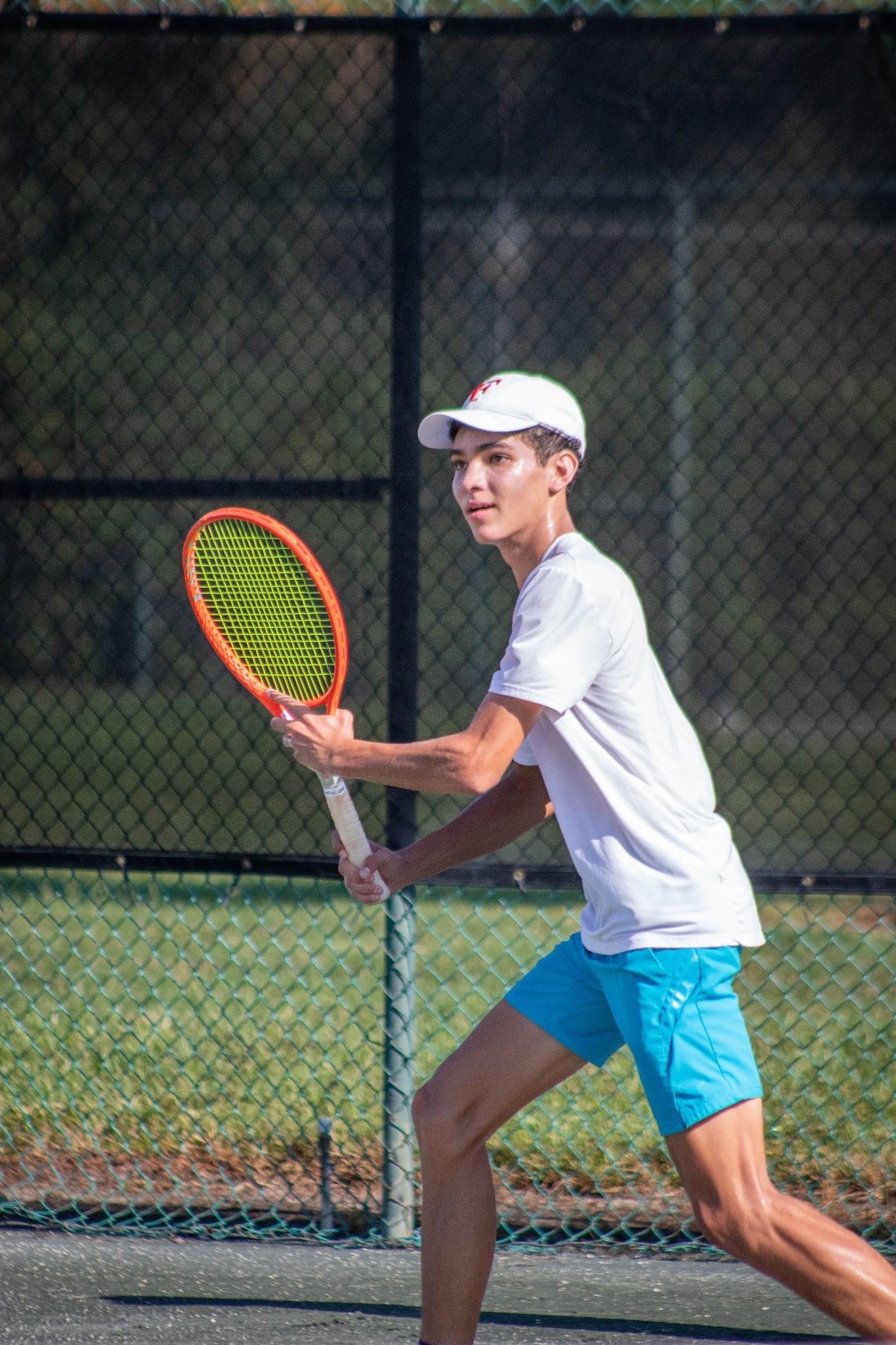 17-year-old Daniel Azar is making a name for himself at home and abroad by playing tennis.

Daniel attributes his affection for the sport to his family’s rich history of playing competitive tennis. He acknowledged that his father’s love for the sport encouraged him to pursue it at a very young age.

Like any other sport, tennis is demanding. Daniel trains a gruelling 6 days a week to ensure that he is always on top of his game.

He said, “My schedule is very busy since I’m still in school. In between classes, I train 2 times per day and then after school I do fitness. Sundays are my full rest days.” 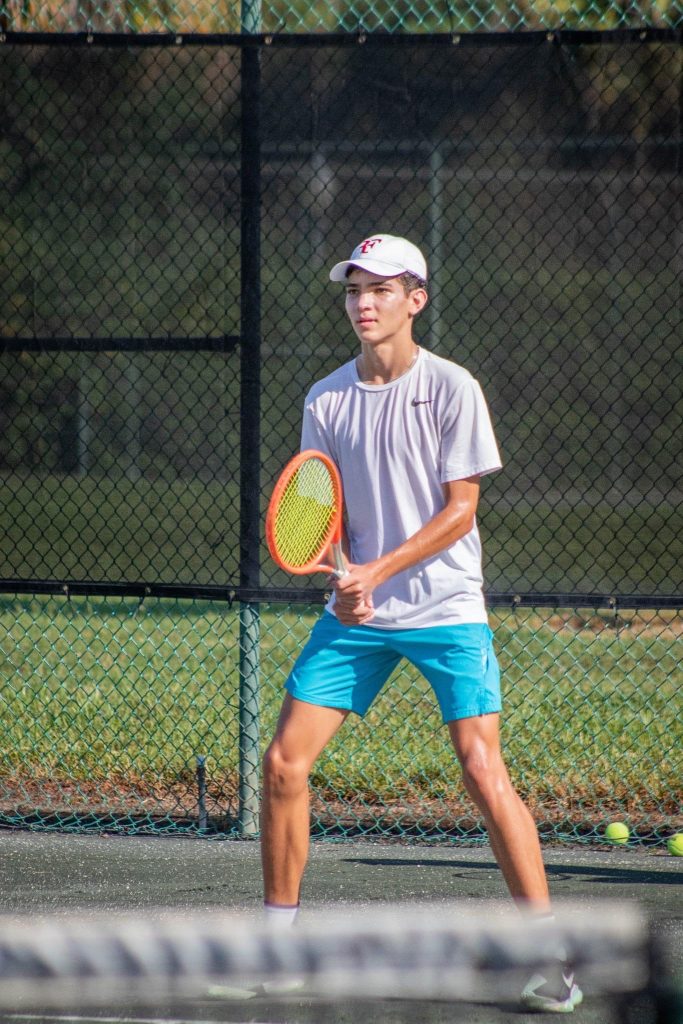 After a successful national trial, Daniel was made part of the Jamaica National Tennis Team.

“The feeling was like no other. I felt very proud of myself because I had been putting in a lot of work and hard training to reach that goal. Many people didn’t believe in me and were even saying that I should not have been participating in trials, so to go out there and prove them wrong was a sensational feeling and one I will not forget,” he stated.

The challenges he overcame on the road to qualification resulted in him recognising this as his proudest tennis moment.

He stated, “I’ve had a lot of proud tennis moments in my career so to single out one of them is very difficult. But if I had to choose, I would say qualifying for the team in the Davis Cup trials. Why I’ll always feel proud of myself for achieving this is because of the environment that I was in leading up to it. So to go out there and compete and eventually qualify for the team, nothing can compare.”

The Jamaica National Team participated in the Davis Cup Group 2 competition a couple months ago. Unfortunately, the team did not win the draw against Greece. Resulting in their relegation to Group 3.

Although the outcome was not favourable, Daniel said he learnt a lot from the experience.

“As a junior player to just be in that environment was amazing. I learnt a lot from my teammates Blaise Bicknell and Randy Phillips who have represented Jamaica on that level many times. Being there and experiencing that definitely motivated me and hopefully, in the future, I can help take the Jamaica team to the next level. Bonding with the team and representing Jamaica on a professional level for the first time was a feeling like no other. From start to finish everything about that experience was amazing,” he reminisced.

Daniel was given the opportunity to play a match in the Davis Cup Group 3 competition.

“Playing my first match was an incredible feeling. Just being there on its own is great but to get the opportunity to go out and represent your country, is truly amazing. I’ve never been on that stage before, so to win the match for my team was awesome.”

Daniel played alongside Blaise Bicknell to win their doubles match against the Panamanian team, 6-2, 6-4.

“When we won our last match, the feeling was great. We all work very hard. To know that the hard work is paying off is a good feeling to have.” 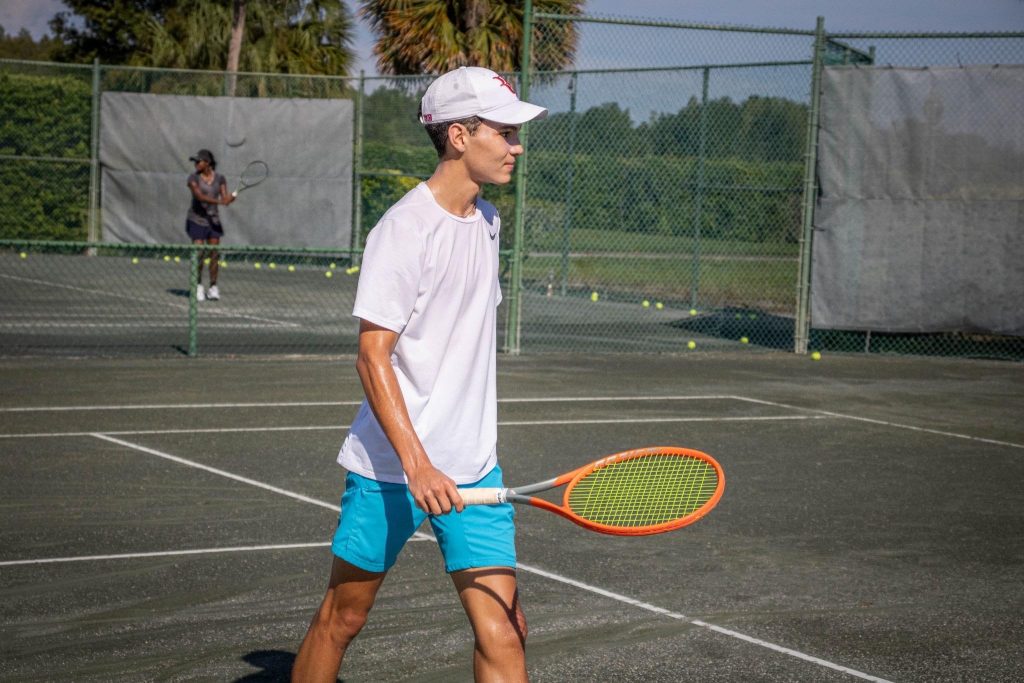 Daniel is not only part of the national tennis team, but he also boasts other impressive titles.

“My current national title is being the top ranked junior on the island. Last year I won the 16u and the 18u in the ‘All Jamaica Tennis Championships’. The award that means the most to me would have to be the 18u because ever since I started playing, I would watch the great players in the past win this title and it had always been a dream of mine growing up.”

“You know I always like to take things step by step, but yes when the time is right my end goal is to eventually play tennis on a professional level. Right now I’m working hard to achieve other goals in mind, but I’m going to continue training and hopefully in the near future I will have the opportunity to play on the ATP tour.”

Daniel continues to improve and impress. There is no doubt that once he remains focused he will be able to accomplish his goals.