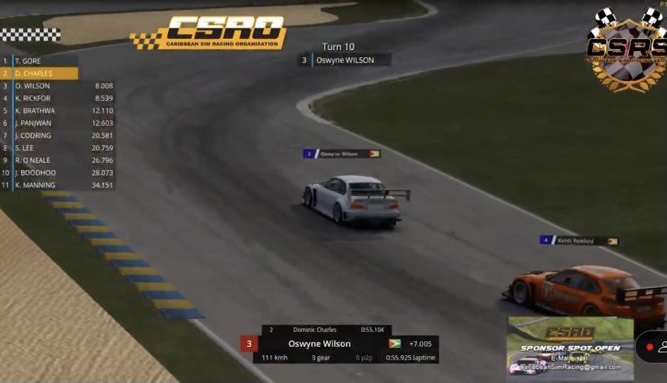 Sim Racing an exciting reality in the Caribbean

The billion-dollar e-sports industry is no stranger to popular culture and now the Caribbean is securing a piece of the action.

Outside the Caribbean, major e-sports organizers such as Riot Games, Allied Esports and Race Department host highly competitive tournaments which have their own unique set of rules and regulations.

The Caribbean Sim Racing Organization (CSRO), founded by Stefan Gajie and John Greene, started their operations in 2020 and the growth experienced is more than impressive. The organization’s growth is categorized by an increase in interest from both racers and sponsors alike.

“The majority of persons who we began sharing it with were actual motor racers and fans considering my previous life of being a videographer in motor racing. A lot were excited to join since we were all locked in from the pandemic and so Sim-Racing, as it did for the rest of the world, became a new outlet for that adrenaline rush,” Stefan remarked.

It was expressed by Stefan that Miracle Corporation, who distributes the AMSOIL brand, approached CSRO to sponsor the AMSOIL Dover Raceway e-sports series. This created a hype not seen before in the young industry, and it might have been the first time in the Caribbean that monetary prizes were awarded for the winners.

Sim Racing is more affordable and it is the closest thing you could do to racing other than going to the actual race track in person.

Stefan addressed the point by saying, “Sim-Racing is the future breeding ground of motor racing. Of course nothing beats the actual fear factor of getting into a go-kart and feeling those g-forces act upon your body as it throws you from left to right, but with Sim-Racing the fundamentals can be taught to you much faster, easier and it is cheaper than running a kart every weekend at the track.”

He continued by saying, “I personally believe that after being bred on the Sim you lose a bit that contributes to the fear factor element of racing and allows that person to become an even more composed and focused competitor entirely.”

As it relates to the point on affordability, Stefan mentions that, “Sim-Racing provides an outlet for current competitors to stay sharp as it provides a cheaper outlet for practice sessions because it literally costs nothing to go racing virtually after the first costs of setting up.”

Not only this but the beauty about Sim-Racing is that it allows you, the racer, the ability to experience race tracks you may not be able to race on outside the virtual space.

“As a competitor you’re also offered opportunity to drive cars and tracks you may only dream of driving in real life with the precision of data provided by the actual car manufacturers and tracks scanned with laser technology to gather real life data that is imported into the development of the virtual renditions,” he stated.

If you still need to be convinced after all the benefits mentioned about Sim-Racing here is Jamaican racing sensation Tommi Gore’s take on the initiative.

“Sim Racing on a whole for me has been a good hobby to have as a racer, it keeps my reactions sharp and keeps me in check with my pace in comparison to anyone else around the world. These games have gotten very realistic, from handling characteristics to even engine characteristics that affect how you’d approach driving the car. Obviously nothing can truly compare to real life with the various other forces and aspects that cannot be simulated at the moment, but it sure is getting closer.”

Tommi in his remarks mentioned that Caribbean Sim Racing has allowed him to make connections with people across the Caribbean which possibly wouldn’t have been made anytime soon.

He concludes, “overall, it is an amazing initiative.” 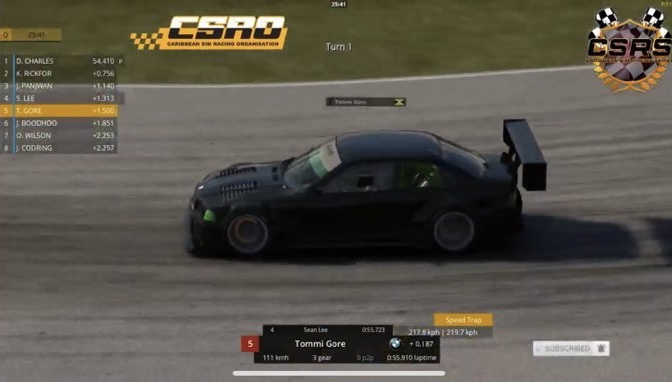 The Caribbean Sim-Racing Organization (CSRO) has a strict agenda for 2022. Stefan explained that, “The agenda begins with collaboration with each country that has an interest in Sim-Racing in the Caribbean. We’ve had talks with members from Barbados, Trinidad and of course Jamaica on the way forward but nothing has been solidified. This year however, is to be the year that we make major announcements as it pertains to the path we seek to embark upon with each country being partnered under one organization that will be recognised by the world at large.”

Right now, the South Dakota track in Guyana is the only track which is missing from the Caribbean Sim-Racing series. Apart from developing that track, they also plan on developing the Fédération Internationale de l’Automobile (FIA) layout which was produced for the Guyana Motor Racing and Sports Club.

The Caribbean Sim Racing Organization kick started 2022 strong with their racing series now underway and it will run for 4 weeks ending February 27.