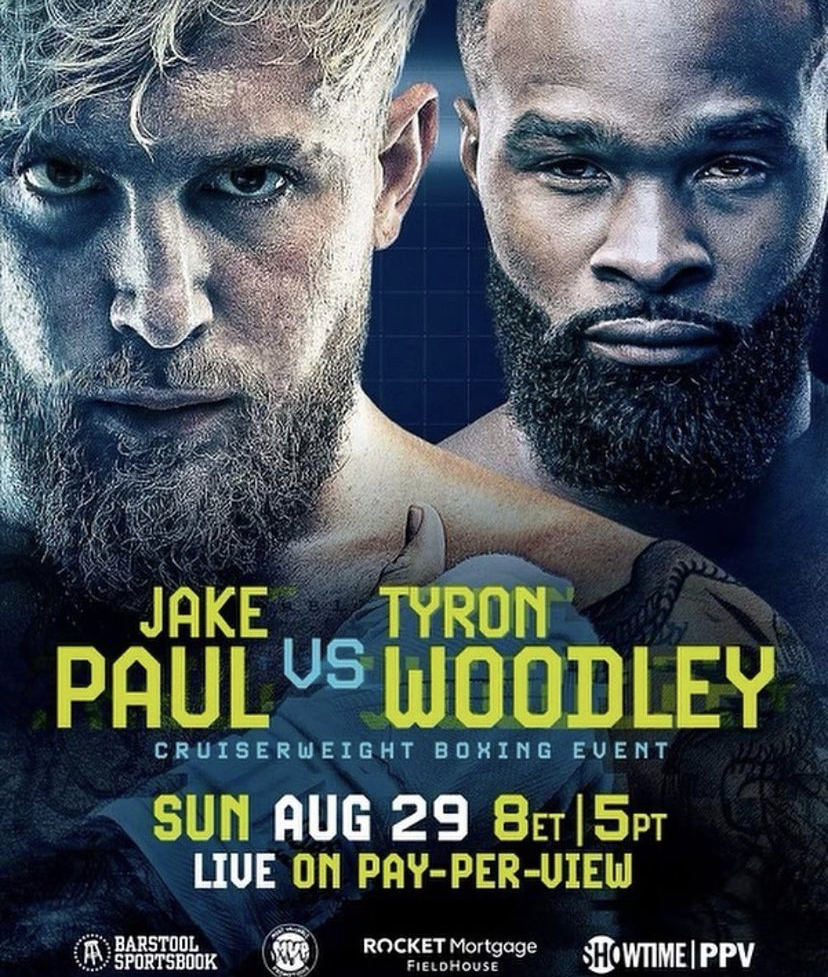 A determined Jake Paul battled to defend his professional boxing 3-0 win streak in Cleveland, Ohio, last night. A success, it elevated his total win-loss count to 4-0.

Jake Paul started out as a You Tuber. Now boasting over 20 million subscribers he took to the ring to face retired three-year UFC welterweight champion MMA star Tyron Woodley.

This crossover event is supposed to be the platform for Woodley’s transfer from the UFC to professional boxing. He was released by UFC after loosing multiple matches, his last fight was against Vicente Luque.

Woodley who threw less than 10 punches in the 1st round still did not realise his potential in the 2nd round. Paul remained alert and active throughout round 1 and 2 landing jabs on Woodley.

Round 4 is possibly when Woodley realised that he was falling behind. He responded appropriately, punching Paul right into the ropes with a huge left hook. The ropes were likely the only thing that prevented him from falling to the ground. Paul managed to make it to the end of the round.

Woodley maintained his onslaught throughout the 1st half of the 5th round, but near the end Paul managed to recuperate and reinstitute himself into the round.

Throughout round 6 it was clear that both men were fatigued, but Paul remained more active than Woodley.

In round 8, Woodley decided to restart his offence out of fear he has done too little or maybe, mentally, he has just arrived to the match. There was a distinct change in his attitude. However, Paul realising Woodley’s desperation simply avoided contact with Woodley.

The bell rang and Paul was declared the winner by a split decision.

The match attracted high profile attention leading some to comment their thoughts on the fight.

Tyron Woodley remains one of the most frustrating fighters ever to watch. #PaulWoodley

If Jake Paul wins I’ll pay someone who favorites this $1,000. Must be following me 😉