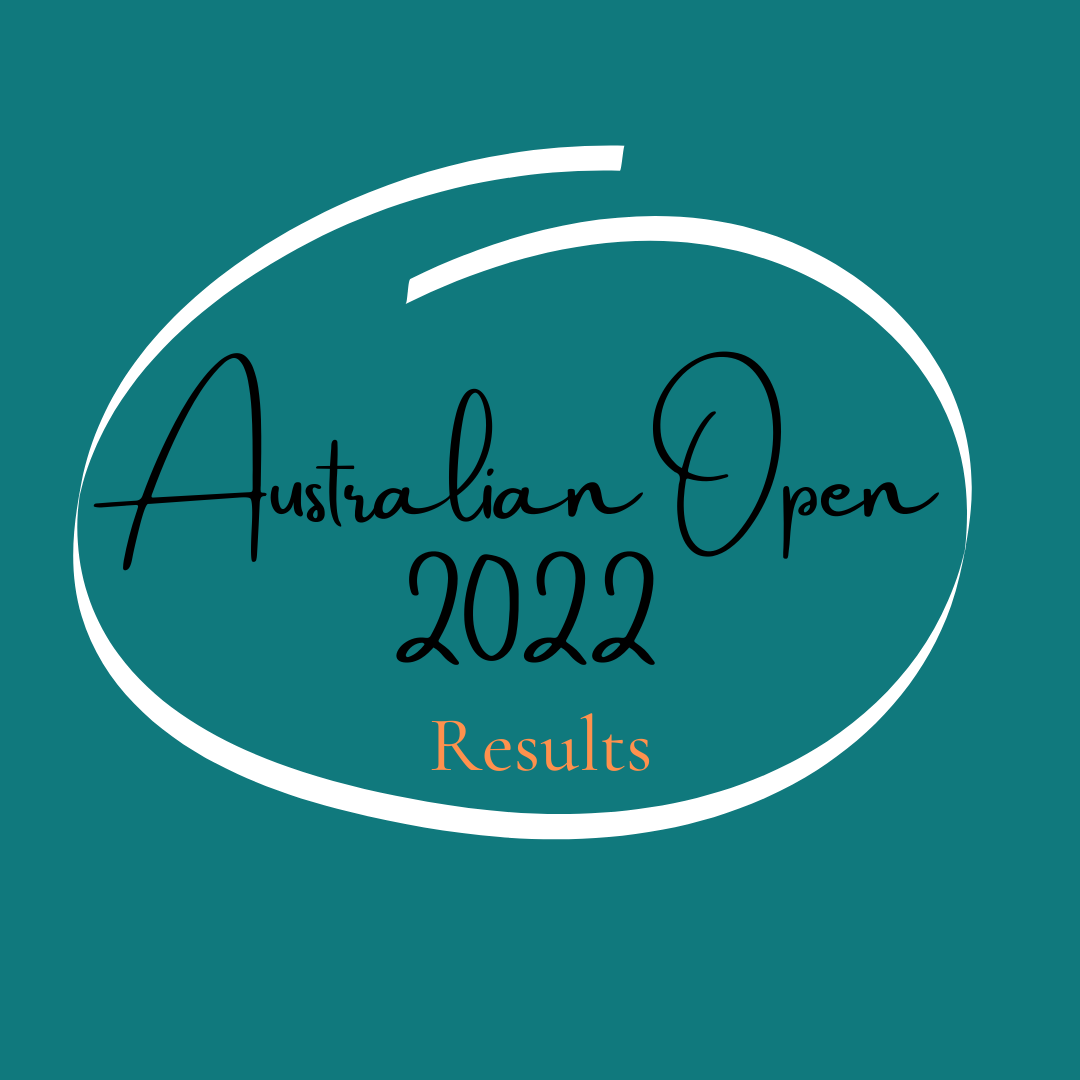 The opening major on the professional tennis calendar, the Australian Open, got under way in Melbourne with the world’s best beginning their campaigns for the grand slam title starting with their 1st round matches. The 110th edition of the grand slam down under will see players from the ATP and WTA tours competing in the men’s and women’s draws respectively over the next two weeks. Here is a recap of the major results from the 1st round of play:

The bottom half of the men’s draw took place on Tuesday and includes the highest seed in the competition this year, World No. 2 Daniil Medvedev. The Russian tennis star, who won his first major title at the US Open just over four months ago, breezed past Swiss player Henri Laaksonen 6-1, 6-4, 7-6 to progress. With this win, Medvedev sets up a mouth-watering 2nd round matchup with the controversial Australian Nick Kyrgios. The unseeded Kyrgios put on a show for his home fans stopping British qualifier Liam Brady 6-4, 6-4, 6-3.

It was a more challenging first round for the likes of seed No. 9 Felix Auger-Aliassime, former World No. 1 Andy Murray and American hopeful Frances Tiafoe, as they all had to go the distance to book their spots in the next round.

Meanwhile, in the top-half of the draw, the absence of World No. 1 Novak Djokovic, who was deported from Australia on Sunday, gives any of the top seeds the opportunity to make it to the January 30 finals.

On Monday, 20-time grand slam champion Rafael Nadal comfortably navigated his opening round match against the American Marcos Giron, 6-1, 6-4, 6-2. With this result, the 2009 champion has now won 70 career matches at the Australian Open and will be looking to better that statistic while aiming to claim a record 21st major title.

However, the Spaniard will have to get through a difficult draw, as he is scheduled to face off with 3rd seed Alexander Zverev in the quarterfinals. Zverev, the Olympic and ATP Tour Finals champion, defeated countryman Daniel Altmaier 7-6, 6-1, 7-6 to advance to the 2nd round.

The top-half also includes the Italian No. 7 seed Matteo Berrettini, Polish 10th seed Hubert Hurkacz, Canadian sensation Denis Shapovalov, and the Chilean Christian Garín, all of whom progressed on Monday.

Barty and Osaka Victorious in Style

On Monday, the top section of the women’s draw saw World No. 1 Ashleigh Barty put on a dominant 54-minute display demolishing the Ukrainian qualifier Lesia Tsurenko 6-0, 6-1 in front of the majority Australian crowd. Barty, last year’s Wimbledon champion, is looking to add to her historic accomplishments by becoming the first Australian woman to win the home-soiled slam since 1978.

This achievement will be no easy feat for the tennis star as she is set for a possible and highly-anticipated 4th round clash with defending champion Naomi Osaka. The No. 13 seed Osaka took care of business in her opener, defeating Camila Osorio 6-3, 6-3. The young Japanese phenom has a low seeding for this event because she has competed minimally over the past couple months and will be looking for confidence leading up to her encounter against Barty.

Also progressing to the 2nd round from the top-half are the Greek No. 5 seed Maria Sakkari, 2-time Australian Open champion Victoria Azarenka and 15th seed Elina Svitolina.

Day 2 Proceedings in the lower section of the draw saw the No. 2 seed Aryna Sabalenka open her campaign in contrasting fashion to Barty and Osaka. The fierce Belarusian had to comeback from a set down to squeeze past the Australian Storm Sanders 5-7, 6-3, 6-2.

Another major result on Tuesday was the US Open champion, British talent Emma Raducana, winning her first ever match at the Australian Open. The 17th seed survived 3 sets to defeat former US Open champion Sloane Stephens 6-0, 2-6, 6-1.

The shear brilliance of the grand slam events in each tennis calendar year are the surprising early exits of some of the seeded players expected to make a run for the title. The 2022 Australian Open is no different as the 1st round provided major casualties in both the men’s and women’s draws.

The biggest shock on the men’s side was the exit of No. 12 seed Cameron Norrie in the top-half of the draw. The British player had his best season in 2021 and was in top form in the recently concluded ATP Cup. However, Norrie was no match for the American, Sebastian Korda, who strolled to a crushing 6-3, 6-0, 6-4 victory.

No. 29 seed Ugo Humbert was another seeded player eliminated from the Australian major succumbing a 6-3, 6-7, 6-7, 3-6 loss to fellow Frenchman Richard Gasquet.

South African Lloyd Harris and the American John Isner were the other male seeds to fall in the opening round.

In the women’s draw, no upset was more surprising than Chinese player Wang Qiang’s 6-4, 6-2 statement win over American rising star and 18th seed Coco Gauff. With this loss, the tennis world will have to continue waiting for a deep Gauff run in a major tournament.

Canadian youngster Leylah Fernandez, competing in her first Australian Open, also found her 1st round opponent too much to handle as Maddison Inglis took the match 6-4, 6-2 to claim the upset win.

Also failing to advance to the 2nd round were former champions Sofia Kenin, Angelique Kerber and former finalist Petra Kvitová.

Tonight, (Jan 18) at 7:00 PM Eastern Standard Time, action in Australia will continue with the men’s and women’s draw both entering their 2nd round. 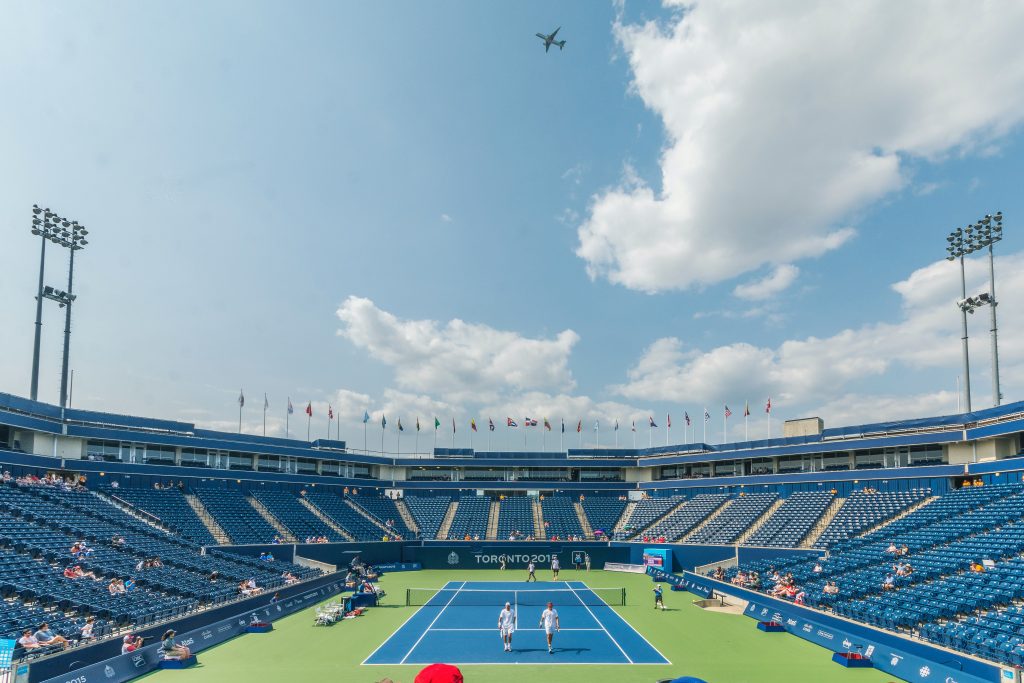