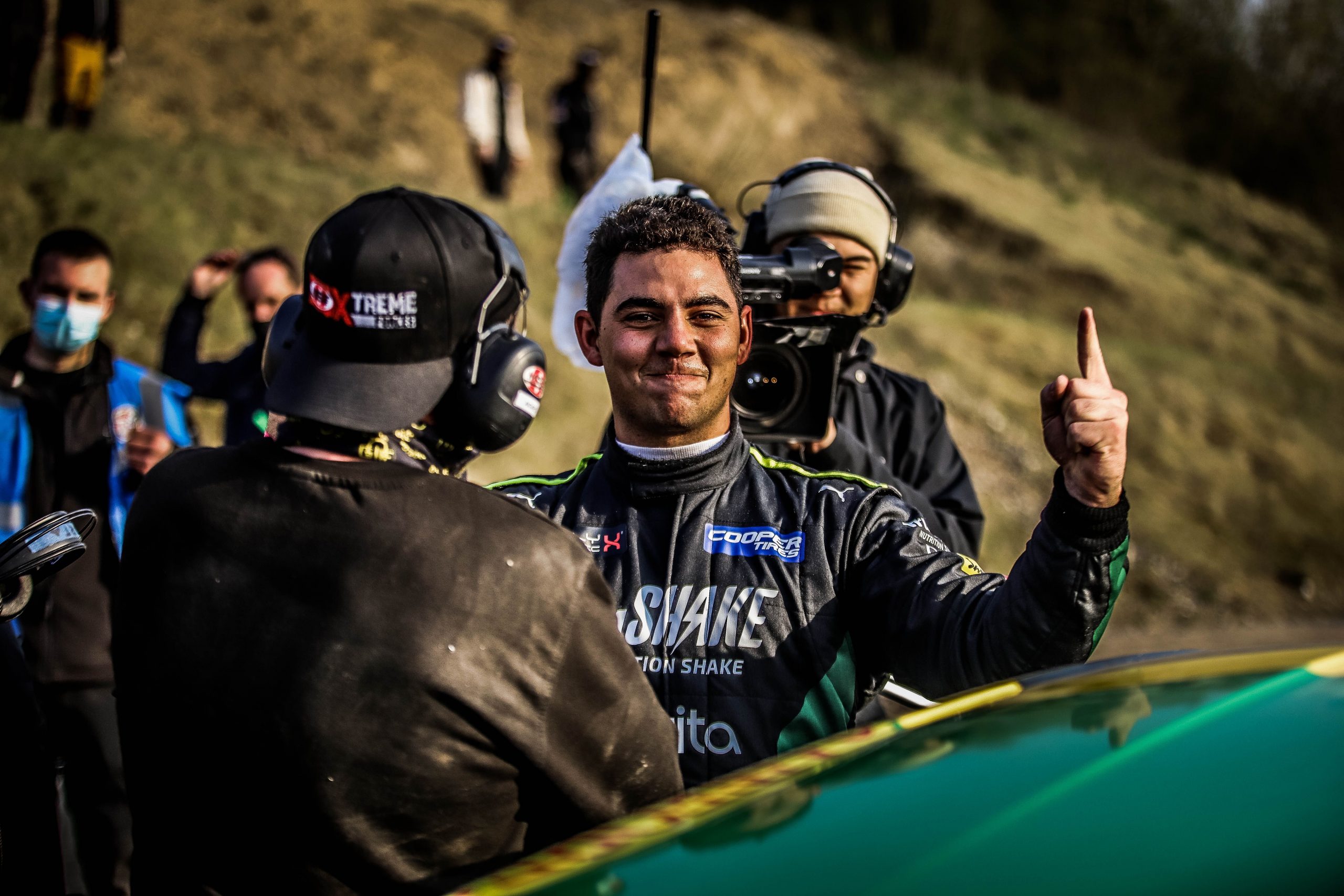 Fraser is the man behind the brand, Team Frazzz Racing, which was established in 2015.

For those who know Fraser knows that he started racing dirt bikes at the age of 9 for about 2 years.

In the interview with Outsteppe, Fraser mentioned that he had to transition to racing 4 wheels because his parents were terrified of him doing big jumps on the 2-wheeled bikes.

After transitioning to 4 wheels he began racing go karts by the Palisados race track in Kingston, Jamaica. In competition with other talented Jamaicans, Fraser competed just as well as they did.

To further convince his parents that he wanted to do racing professionally, he entered competitions in America.

After excelling in those competitions, it prompted his family to invest more into Fraser’s career.

And boy, it was a good decision.

Quickly advancing and increasing in class at Dover, McConnell began to rack up trophies, championships and titles, which culminated in him participating in his first rallycross event in 2018 in the ARX2 class in Austin, Texas.

Fraser is currently competing in the Rally X Nordic Championship in Europe, where he placed 1stin Denmark (round 1) and finished 3rd in Höljes, Sweden.

He is now in 2ndplace in the overall Supercross standings. 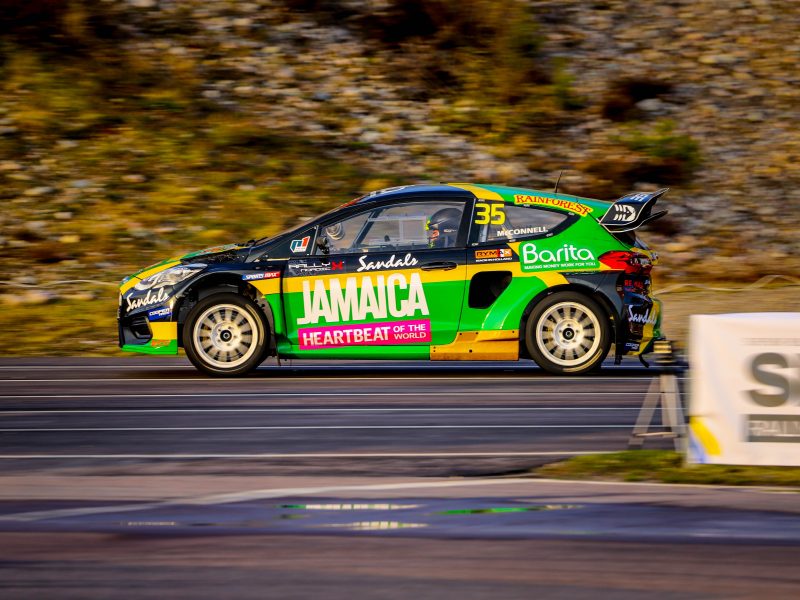 Fraser McConnell and Ishmael Moodie are the founders of Yaadman Racing. This racing company is poised to revolutionize Motorsports in Jamaica, making it more economical, with less stringent barriers to entry.

He stated, “Yaadman Racing is going to be the affordable grassroots for motorsports in Jamaica and hopefully the entire Caribbean. It will allow the average person to show up to a racing event and be competitive with a low budget so the talent and skills of a driver will be the talking point rather than a superior car.”

McConnell elaborated stating that it is actually the claiming system which will make the races more affordable and equitable.

“The claiming system is put in place for two reasons. 1) The claiming system keeps the cost down because it curbs (not restricts as they are still allowed to upgrade as they please) the owner of the car from spending a large amount of money into the car because at the end of a race he can lose everything that he has invested when being sold at the clubs stated price. This is will help to ensure that most cars are on level playing fields. 2) Ease of entry into the sport.”

McConnell was asked the reason why he decided to form Yaadman Racing.

He told Outsteppe, “The love for the sport and my desire to see other Jamaicans pursue their dreams and give them the opportunity to showcase their talents on a level playing field. Every professional sport requires a grassroots entry level so that the potential entries aren’t limited by financial restraint.”

When will racing begin?

Yaadman Racing should have already been in full swing, but due to Covid restrictions the launch had to be postponed.

McConnell added, “The rules and regulations are already in place. People have already built their cars, but having events at the moment are very difficult with Covid restrictions so we will have to see when the restrictions change.”

Fraser did not give a definitive date for when he thinks Yaadman racing will begin.

Grateful for everyone who has supported him, Fraser would like to thank the McConnell and Moodie families as well as all his sponsors for providing him with the mentorship and financial support that helped him achieve the success he has today.