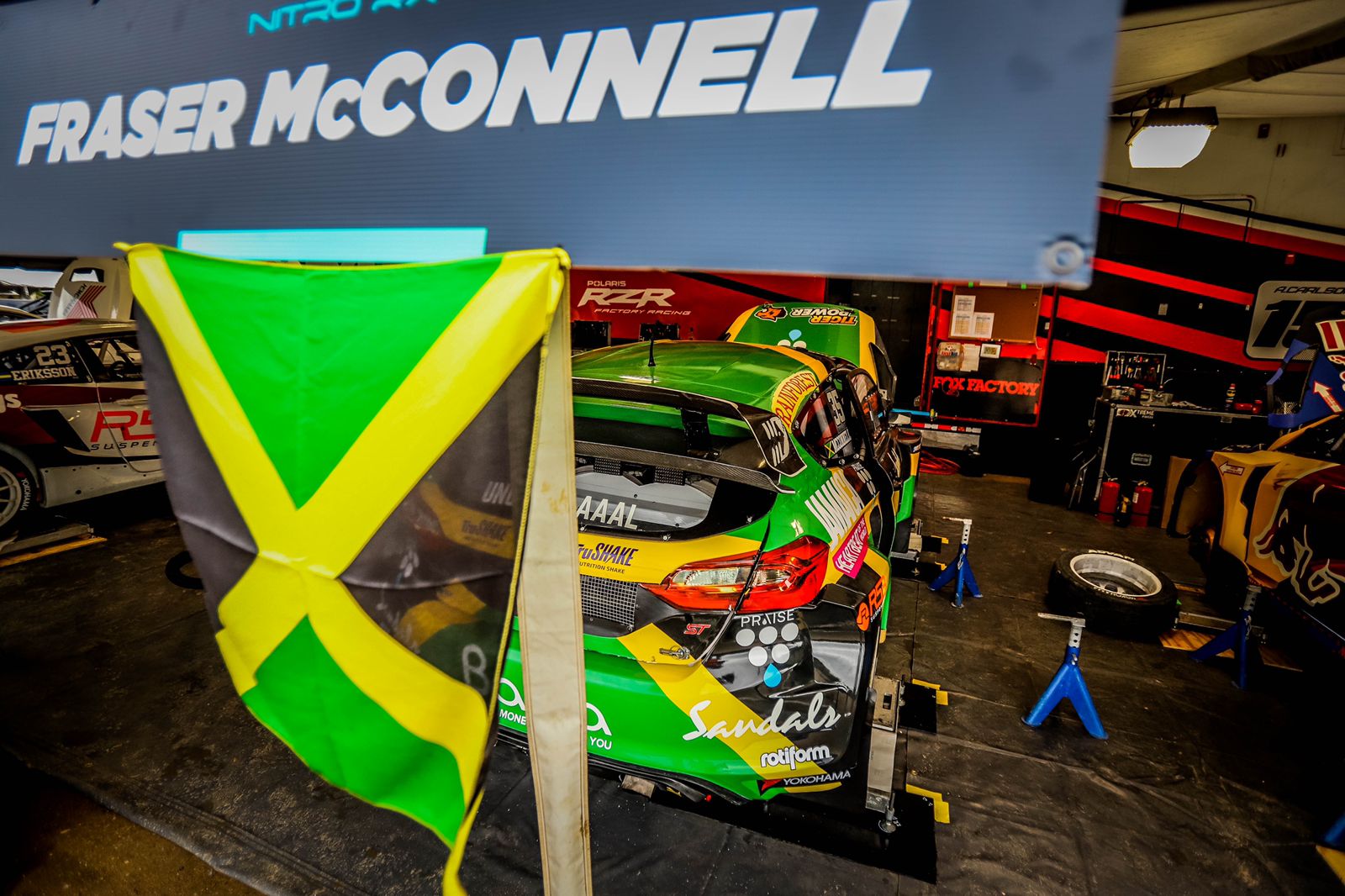 Fraser McConnell determined to seize a podium placement at the Nitro Rallycross series.

A look at Fraser’s Nitro Rallycross races in Utah and Minnesota.

Coined the new ‘Air Jamaica’ because of the daring jumps he made at the Nitro Rallycross series over the past two weekends, Fraser McConnell has won the hearts of many around the world and is setting sights on a podium finish in the next race to be held in Arizona in November.

Fraser in Utah finished in p4 and in Minnesota he finished p5. Even though this was not the desired result, Fraser is of the opinion that having the ability to race and finish was a huge accomplishment in and of itself.

In a positive attitude, Fraser commented on the race held in Utah. He said,

“Finishing 4th with a flat tyre in Utah was a huge accomplishment. Even though it was great points for myself and the team to persevere through that feeling of being a little bit out of control and not being able to push the car to its limits was a huge accomplishment. Over all these years, we have found a way to bring the car home in one piece, and even if it is not in the best shape, we can still achieve great results and it was quite the show.”

Always have a plan!

In a new environment and on a new track that had deep corners and massive jumps, Fraser had to draw on past experiences while racing motocross to quickly adapt.

Fraser remarked, “Utah was a super unique track for all the drivers, but especially for the ones that had just been going there for the first time and going up to that big jump for the first time, it really made you start wondering about all the things that could go wrong.”

“All the preparation with the team and discussions with the engineers resulted in a plan to make sure we could execute as best possible. The big banking corners were also something that was new, but with my motocross background I was able to adapt quite quickly to put in that work on four wheels.”

Results are great, but when you are able to compete against some of the best in world and still perform so well, it shows that with dedication and persistent planning anything is possible.

In a reflective mood, Fraser commented on the decisions made during the race.
“Looking back you can always see what you could have improved on, but in that moment of split decision making, always go with what your gut tells you. They had watered the track, so we didn’t know which line would be faster, but we made the right decision in each lap.”

And don’t forget, Fraser’s p4 placement was done with both a flat tyre and from making contact with the barrier on the 3rd lap. Nevertheless, that daring attempt to get into 2nd place, illustrates the tenacity of Fraser’s skill which remains unmatched and should be honoured.

The next set of races were held at the ERX Motor Sport compound in Minnesota.

Fraser remarked, “This was the first full dirt circuit that I have ever been apart of. The start line was brand new tarmac which was slippery and uphill, making the starting procedure different. The jumps were longer than those in Utah, just no gaps in between. There were 6 jumps on the track, which was new to me, but it also made it very fun and allowed for different driving styles, which made for great racing.”

Getting a good starting position is crucial

On Saturday, Fraser suffered a time penalty in the battle brackets which in the end affected his qualifying time.

Understanding the importance of a good starting position, Fraser outlined that, “Your starting position is always a key factor in having a good result. That’s why the qualifiers and battle brackets are so crucial, therefore, every time we go out there we give it our absolute best. We gave it everything and got good results, but the penalty in the quarter-final bracket really hurt our weekend and always had us starting from behind. Its part of the game and you have to respect the steward’s decision when they make those kind of calls.”

Fraser told Outsteppe that he will continue preparing for the next event by staying fit in the gym and by preparing mentally.

He further commented that, “We are also trying to get a visual of the track, because it is going to be brand new. This will play in my favour, because I am able to adapt to new tracks very quickly. I am looking forward to what this will bring. I think it is actually the longest track on the calendar, so it is going to be a good one. We are going to go in with a clear mind-set with the determination to win.”

Here at Outsteppe we are proud of Fraser’s international reputation and the consistent joy he brings to the people of Jamaica and the rest of his fans around the world. The next race will be from November 13-14, where we hope that he will achieve the podium finish he deserves. 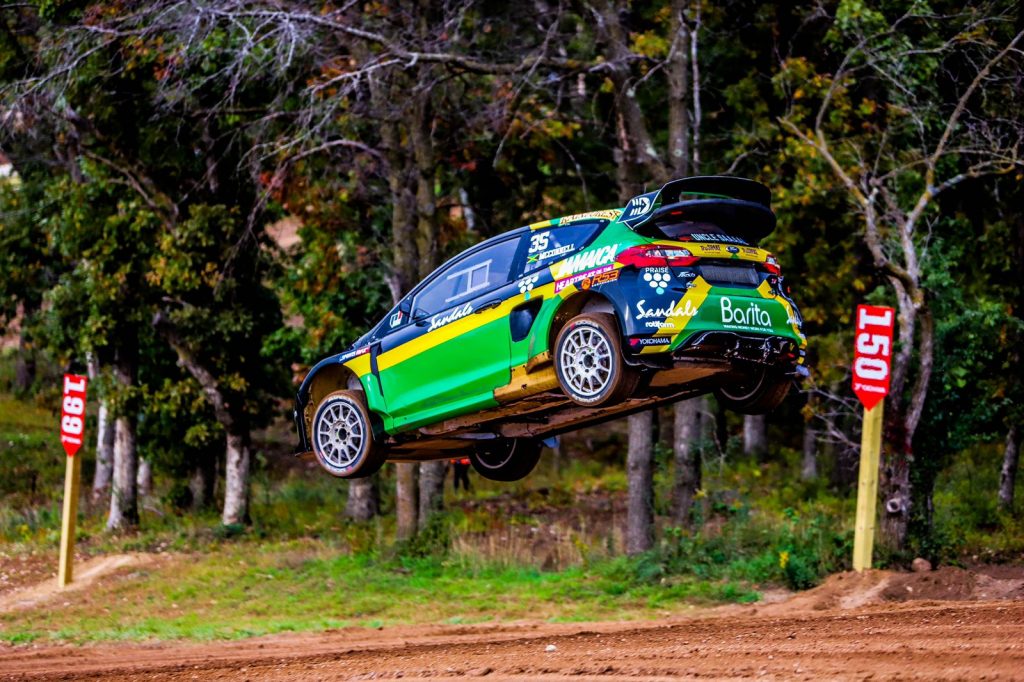 One thought on “Looking for podium: Fraser McConnell determined to seize a podium placement in the Arizona leg of the Nitro Rallycross series”