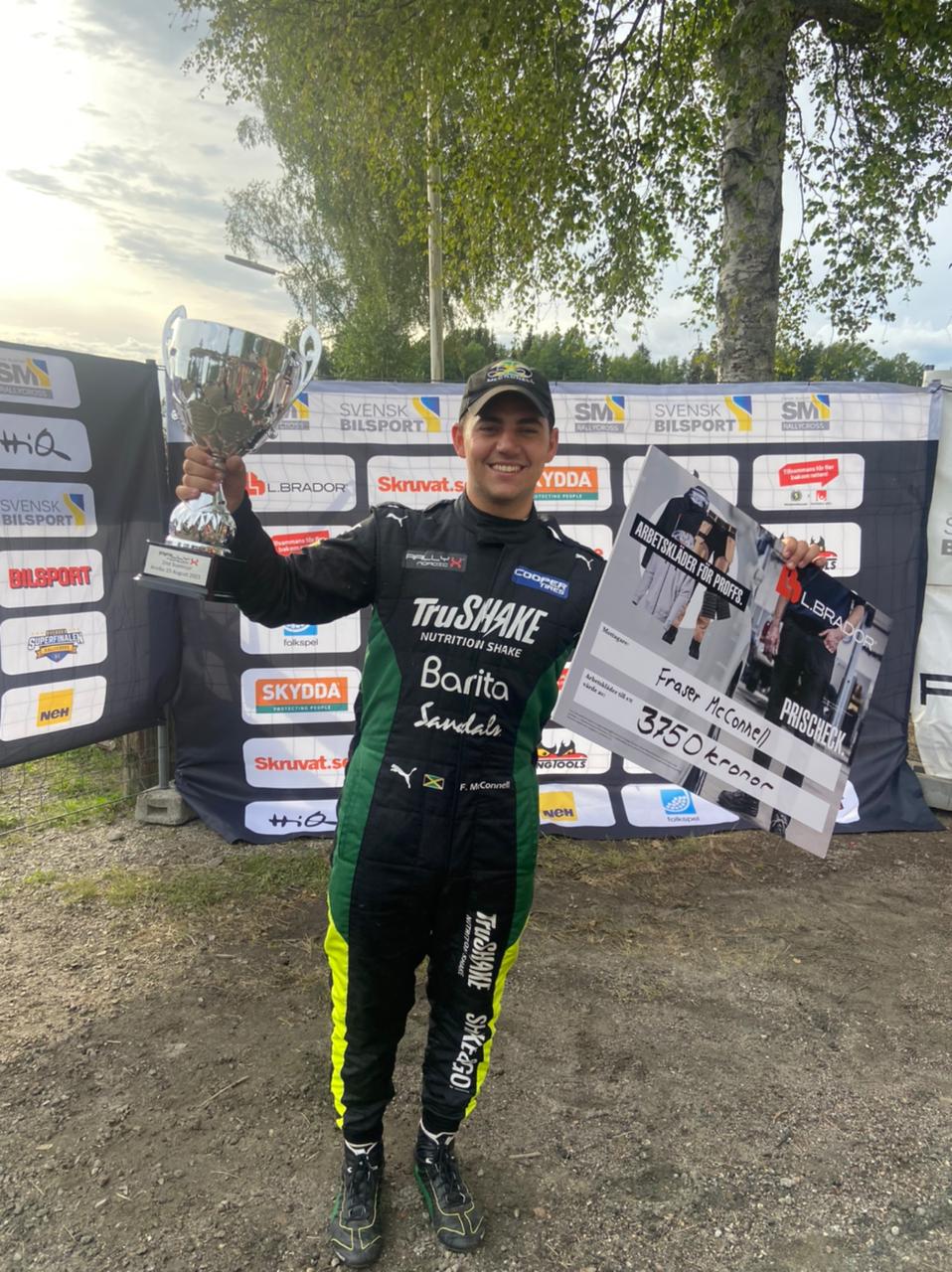 Fraser McConnell has again made his team and Jamaica proud by placing 2nd in the RallyxNordic Supercar final yesterday in Arvika, Sweden.

In a dramatic final, the 3-time FIA World Rallycross champion Johan Kristoffersson walked away with the 1st place trophy and securing the 3rd place award was Mark Lundanton.

Fraser McConnell commented, “Being able to come 2nd in that final gave us enough points to make us come 2nd in the overall championship by 1 point. We were actually in 4th place going into the final round, but we were able to make up 2 positions, which you know in motorsports to have such a fight that close down to the final race, the final event, I had to give it everything.”

Battling to the end, Fraser made desperate attempts to overtake in the final lap, but the experienced Kristoffersson, who was driving on his home track, was able to skilfully hold off McConnell’s tactics.

When asked about the season in general, Fraser did not hesitate to view the season positively. He said,

“It was a great season in my eyes, we went in there mainly to get seat time and practice for the Nitro series coming up later this year in America, but at the same time we tried to get a best of finish as we could. After the first event, when we took the win, it gave us the confidence to go for the championship, but when everyone else is trying to do the same exact thing its not so easy to do. It’s a very quality field and it was the perfect thing we needed to get more experience in the supercar, with racing, and to prepare for Nitro. There were all positives right throughout the year.”

“This year has been very good in turning low into high learning moments and just making the fire burn even hotter.”

Earlier this month Fraser expressed some concern when his car suffered some electrical issues.

However, he told Outsteppe that he remains grateful for his team’s consistent hard work to ensure his car remains in top condition.

“Sometimes it goes unnoticed how much of a team sport this really is. The guys put in serious late hours at the workshop, really devoting time and effort, sometimes sweat and tears, to make the perfect machine. They are pleased with the performance this year.

Fraser added, “It is impossible to have a flawless car in motorsports and racing in general, the car will be completely perfect up to 10 minutes before the race, then something wrong presents itself. The team really worked 100 percent to ensure these things were ironed out. A lot of the stuff are out of the teams control, some electrical issues that they don’t see at the workshop are able to be rectified when the car comes back in.”

All together, it has been a joyous and satisfactory feeling for the McConnell team.

Fraser remarked, “When I am able to drive and produce a result on the podium, it is not just me celebrating, it is everyone involved, some 15 to 20 people all feel the victory that I feel.” 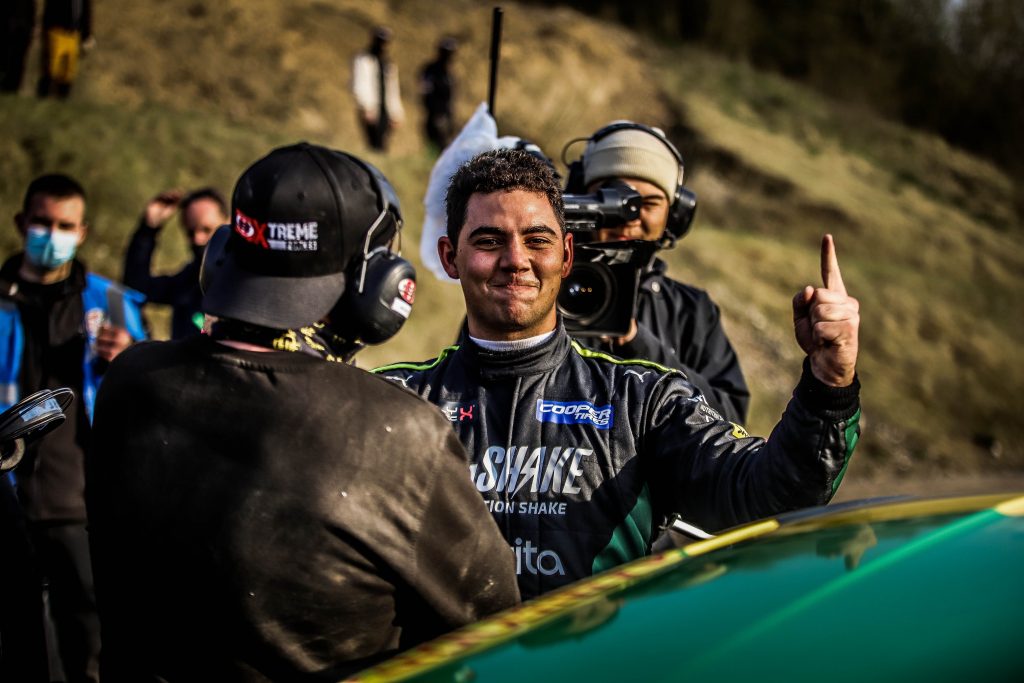