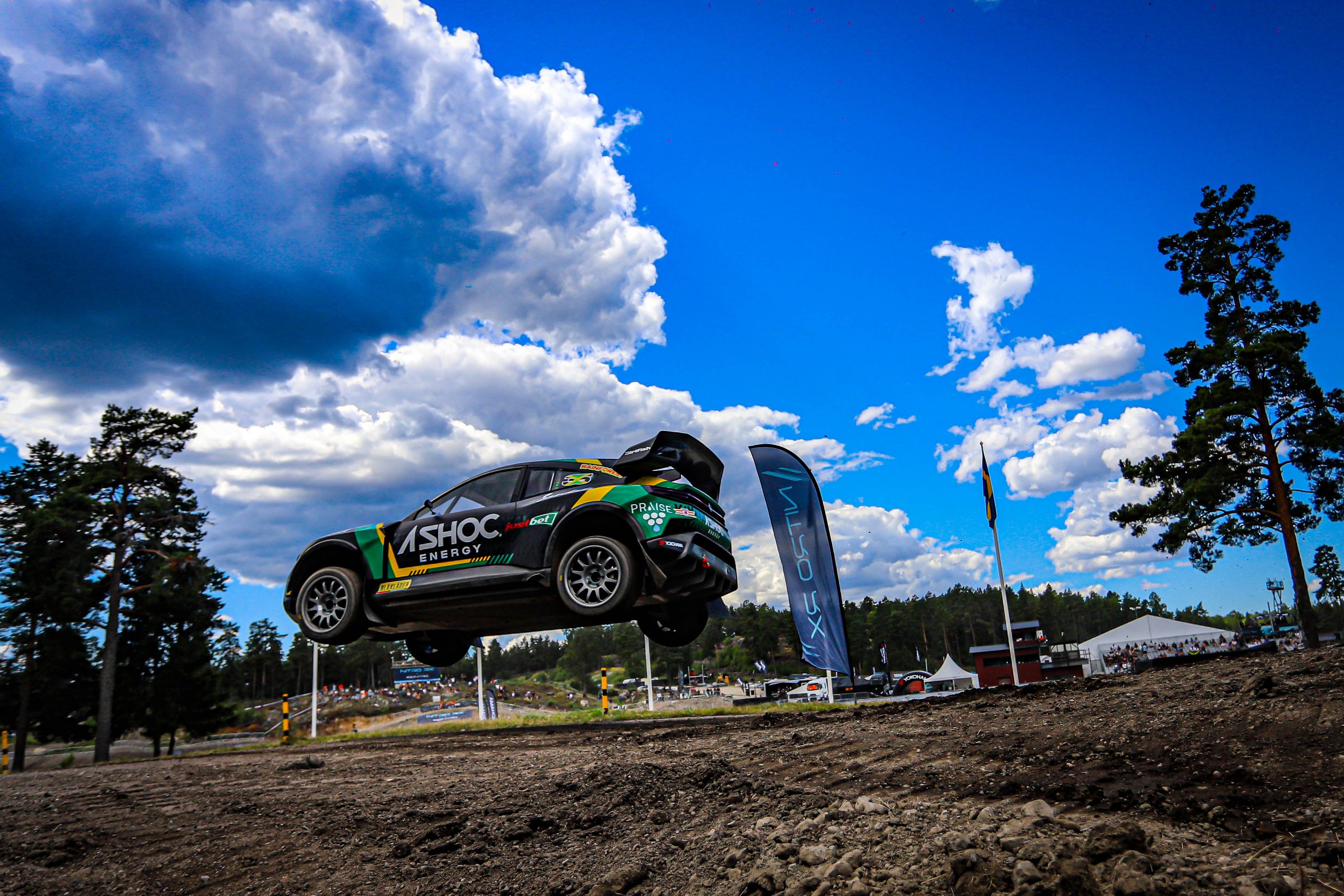 Fraser McConnell is an iconic Jamaican Rallycross driver, who has won over many fans with his impeccable driving style, embodied by his dominance on the international stage.

“Being recognized internationally is a really good feeling to know that the hard work is paying off and that Jamaica is being well cemented in the Rallycross map as being a strong contender. That brings me great honor, as I was the one to lead that road and hopefully it will be a building block for any young talent coming up in the ranks. We are still trying to cement ourselves even more and get the job done,” Fraser remarked.

Even with international accolades, Fraser remains humbled at the interest received from sponsors supporting his brand.

“Having sponsors as good as I do and the confidence they give me to go out there and get the job done is priceless. It is impossible without sponsors from a financial standpoint, without them there is no Team Frazzz, and it would be a very short lived journey. The value they get from such a unique stage, with so many viewers, it is such a unique circumstance for the sponsors. This, alongside the value I give them off the track. My most recent was a financial talk with Proven.”

“It is impossible without sponsors from a financial standpoint, without them there is no Team Frazzz” 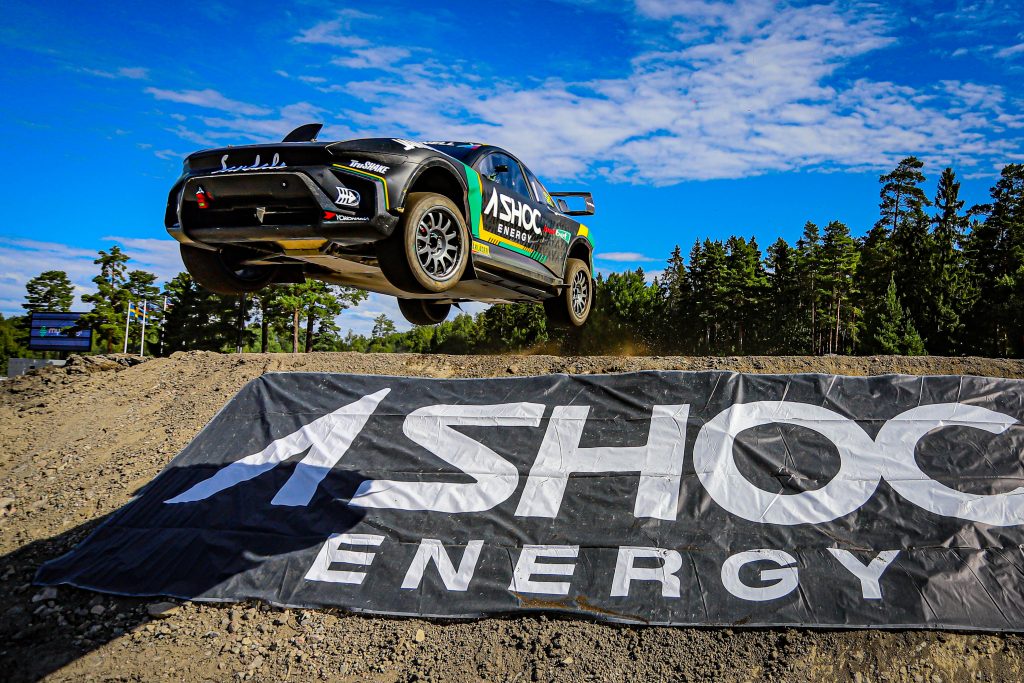 “I crossed the finish line first for every final, including the last final but I picked up a time penalty which pushed us to 2nd place for that race, but we still had enough to get the 1st place overall.”

“We will not compete in anymore Supercar events for Nitro at the moment. That can change, but we were focused on the European leg, and as far as that is concerned, its mission complete and now we are focused fully on electric.”

The move to electric vehicles is picking up steam, even in the racing world. Nitro is the pioneer of the shift.

“This is the first electric Rallycross championship on a full blown scale and at a world level. We are in 3 different continents and 6 different countries, so there is quite a lot of travelling. Nitro Rallycross seems to be the most robust television package which I am very proud to be apart, alongside their parent company, Thrill One. They have really done a great job in getting the major sports channels involved as well as other major sporting groups invested in the product like the UFC’s current and former owners,” he said.

Fraser McConnell is currently placed 3rd in the Group E overall standing following two 4th place finishes. He was able to amass points in the battle brackets portion of the competition, to keep him in the top 3, but the majority of points is typically earned in the finals.

“I have been consistently good in the finals. There are 8 more rounds to go, so this is just the beginning. It has been a good start, we have experienced some improvement as well, and just know we are aiming for the top.”

“We plan on reaching p1 of course, we just have to trust the process. I do have what it takes to be the fasted and I have no doubt I can win the championship. I am just going to do what I do best, and everything will play out according to plan.” 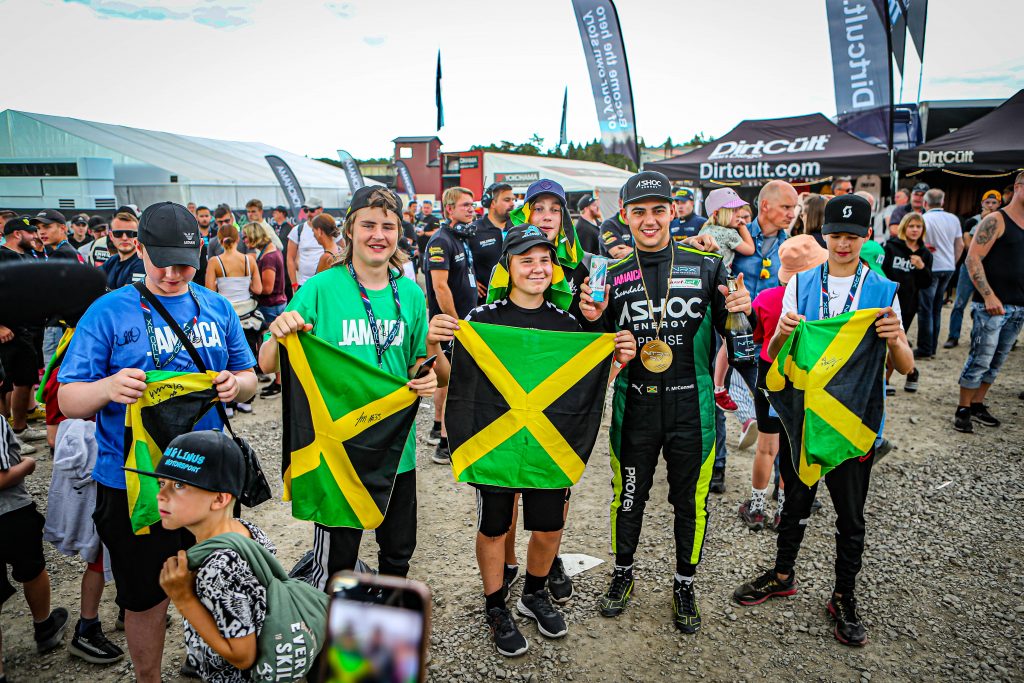 The talent Fraser wields is unmatched. He was able to balance both supercar and Group E ‘Electric’ for sometime. Now his focus is solely on Group E.

“Balancing both supercar and Group E was difficult. They are drivable, but when you are driving them at such a high level it is hard. The power application is different between electric and combustion engines, one is heavier than the other, breaking is different and corner speed is different. All these things come into play when you are playing at the top level. The little time I had between each race made it more challenging, some instances I was jumping from one car right to the next, not even having time to sip water. I didn’t get time to analyze data or consult with my engineers either, which is something I like to do. It was something that was difficult to do, balancing two classes.” 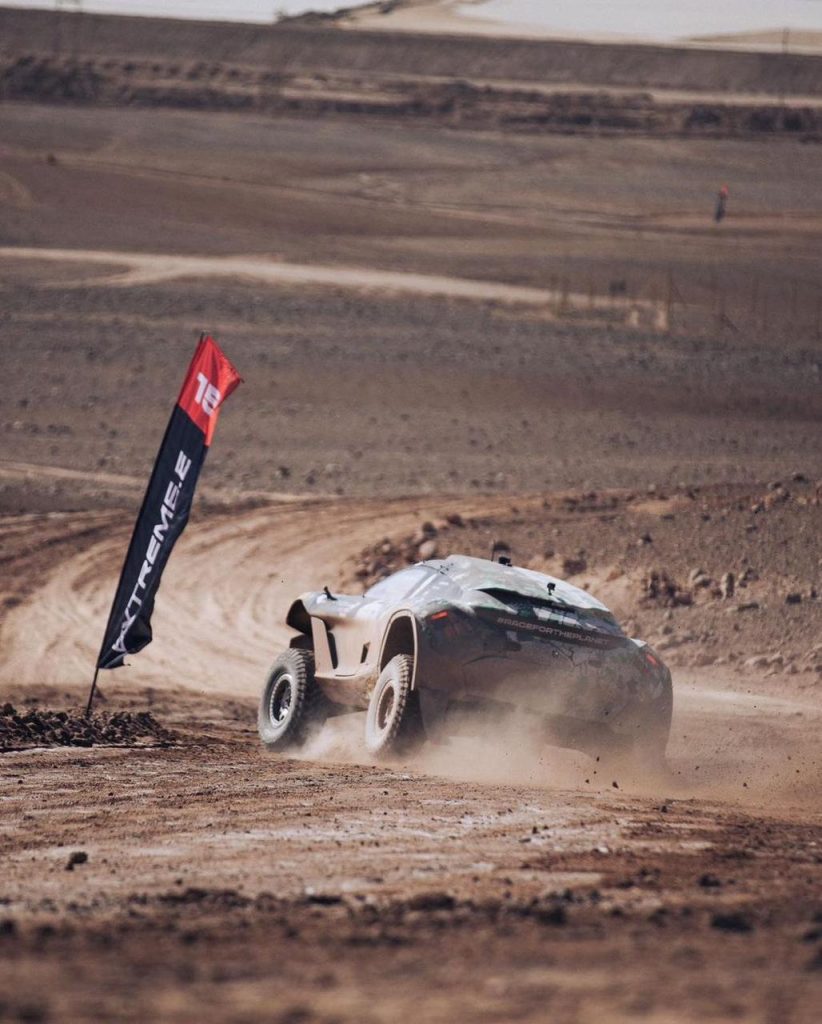 A couple months ago Fraser was chosen as the Championship Driver for Extreme E.

“To be the championship driver for Extreme E is a huge honor. They are a huge organization with huge partners and it is quite different from regular racing. They are very big advocates on climate change and climate change awareness. The locations that they race in are special and spectacular and its not like anything else you would experience as a race driver. To be so involved with pre-event testing and development with the tire and battery partners is a nice feeling, as a driver, to know that they trust you to push the car to the limit and give the proper feedback.”

Fraser was given the opportunity to drive the Odyssey 21. Even though this was something completely new to him he did not shy away from the challenge.

“Driving the Odyssey 21 was something that was new to me. It is a very big car with huge tires. The terrain was something that I had never been on before either. What I would typically look at as an un-drivable road, is something that the people who are accustomed to it are driving flat out. I was able to come up to speed quite quickly, but it was hard to understand how much of a beating the car could take which was very interesting to move away from a completely manicured track to something that aggressive and rough on the car. It is not as fast as Rallycross cars, it can’t be, but the suspension and how the car can handle the terrain was truly amazing.”

Fraser will return as the Championship driver at the next event on September 24 and 25th which will be held in Chile.

“I am heading out there on the 16th of September to do some pre-event testing and making sure the track is good to go, as well as to give the tire partners some feedback and the electric engineers some feedback on the batteries. 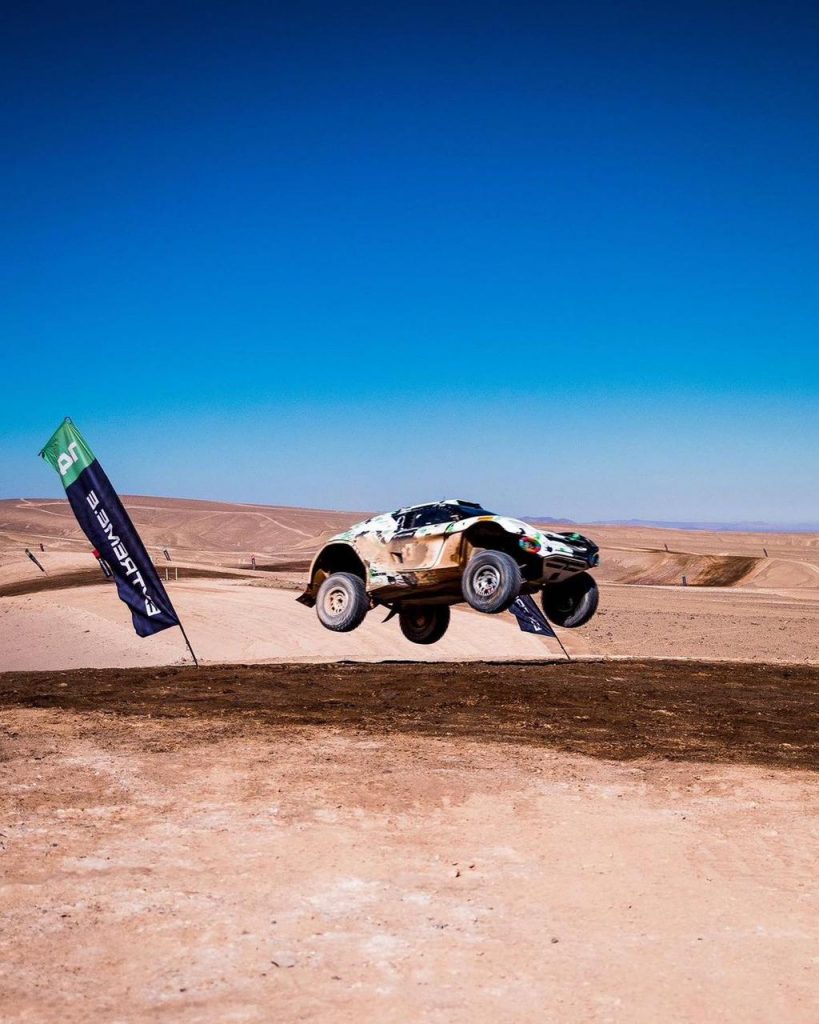 “This is a project that will get underway when the time presents itself. As of right now my race calendar is very full, likewise my work calendar, but it is guaranteed to happen at some point to bring that opportunity to Jamaica.”

Yaadman Racing is one of Fraser’s grassroots projects which had to postponed due to the pandemic. If you want to know more about this project (Click Here)

“For the rest of 2022, fans should expect a genuine Frazzz, someone that is always pushing as hard as he can, representing our Jamaican brands and trying to get the gold,” Fraser concluded.

2022 has already been spectacular year for Team Frazzz Racing and the next couple months will be ones to look forward to as Fraser takes back to the race track.