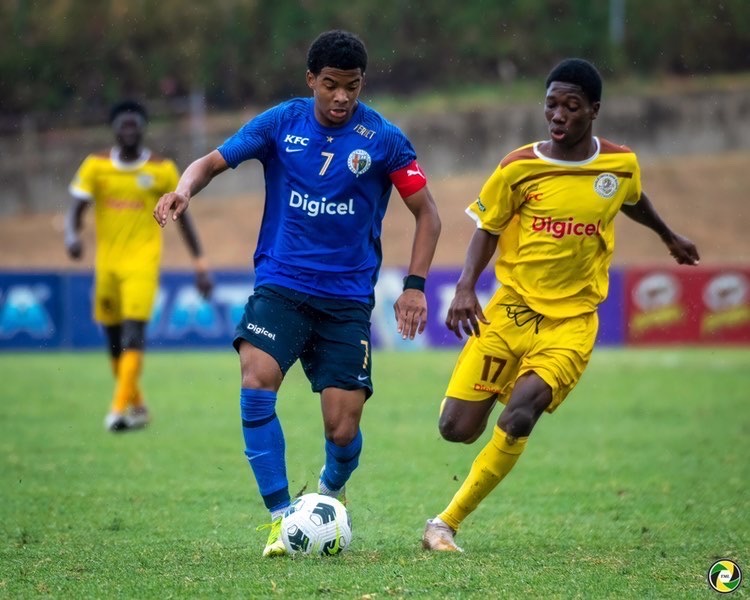 At the age of 4, Duncan McKenzie began developing his love for football. Now 18 years old, his vision to become a professional footballer is clear.

He describes himself as hardworking and goal-oriented. By his achievements we can affirm those qualities.

While ecstatic about his personal achievements, McKenzie’s focus is on the betterment of his team.

With that said, Duncan does not believe that he accomplished everything he could have as captain of the JC Manning Cup team.

He said, “We were unable to achieve our main objectives as a team and unfortunately, we finished the season trophy-less. Although I already won Manning Cup in 2019, it definitely would have been a different feeling to lift the trophy as captain.”

Duncan’s hunger for better results and continuous growth are qualities essential for success as an athlete.

To be captain of any team requires a myriad of skills. You have to be commanding yet easy-going, understanding but also stern. You must master the ability to listen, problem solve and mediate and, though young, Duncan is gaining the experience needed to master these skills.

For Duncan, being captain has been a rewarding experience, but he understands that it brings challenges and it also forces you to grow.

He added, “I can confidently say that my experience as captain has helped me to develop both on and off the field. I have learned how to interact with and relate to people from different backgrounds and life experiences which I believe is an essential life skill.”

He continued, “I think I was able to inspire my teammates to believe in themselves even when things were against us. I still have a lot to learn about being captain, but I am up to the task if given the opportunity.” 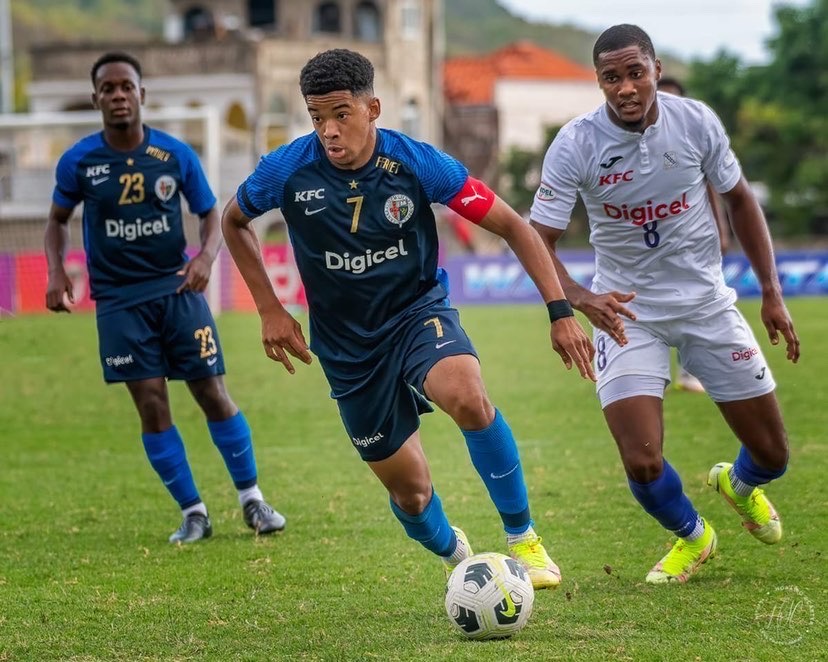 While reflecting on past accomplishments, Duncan emphasised two major moments in his young career which he uses to stay focused and grounded.

He said, “The most rewarding moment for me on the field was captaining Real Mona to the KSAFA U-17 title. It was a special moment for the club since it was our first title in years. It also meant a lot to win alongside players who I had been teammates with since the U-13 level.”

He added that the award he values the most was given to him in 2015 when he attended the FC Barcelona camp in Florida.

“I was selected as the ‘Most Valuable Player’ (MVP) and I received a jersey signed by the Barcelona starting 11 at the time. I value this award the most because it served as confirmation of my potential. It helped me to believe in myself.”

A couple weeks ago Duncan was called to train with the Jamaica U-20 team. He said that this development comes close to fulfilling one of his longstanding dreams.

“To be a part of the U-20 set up is an honour. It’s something that I have been working towards for several years. It has always been a dream of mine to represent the country and hopefully I will get the opportunity soon.

Starting June 18, the CONCACAF U-20 tournament will begin.

“In the next 3-5 years, I hope to be playing professional football at the highest level possible. God willing, I will also feature regularly in the national senior team.”

Duncan aspires to inspire others.

As he continues to strive for excellence he wants everyone to know that, “self belief combined with discipline and talent can take you far.”