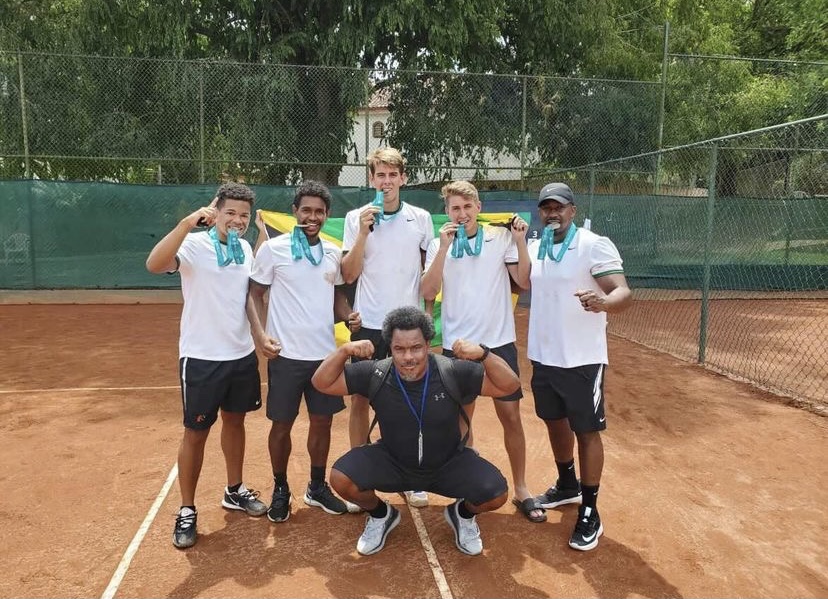 Jamaica tennis team advances to group 2 of the Davis Cup.

Following the victory of team Jamaica in the Davis Cup Group 3 competition, Outsteppe received the opportunity to speak to 3 of the players who performed well during the tournament.

Jamaica has competed in group 2 before, however, they were relegated to group 3 right before the pandemic began.

With the tennis team rekindled, it has the potential to win group 2 come next year.

One of Jamaica’s best, Randy Phillips, who won every set at the tournament, commented on the team’s performance.

“It feels like hard work paying off. We worked hard and had a group of guys. Happy and proud of each one of them. I am very happy to be apart of such a strong and fun team! Thanks to everyone who supported us!”

Blaise Bicknell played and won the last match, which decided that Jamaica would advance once again to group 2.

As expected, the rest of the team was ecstatic and rejoiced when Blaise won the game point.

Randy expressed, “I was so excited I could barely contain myself waiting for him to win.”

And Dimitri Bird, another team member, expressed sincerely the meaning behind this victory for the team.

He said, “The winning feeling at the end of the week was surreal. We all trained and worked out together right before leaving for the matches so I know how hard everyone prepared and the shape we were in going into the competition. This one definitely felt more significant than when we got promoted in 2019. There was more pressure and more expectations because for the first time in over ten years the team came into Davis Cup with the mind-set that we should win every match here and anything else than a win would have been a big let down.”

Blaise Bicknell who helped to inspire the team to achieve excellence described for us the significance of this victory for him.

“This win means everything because when you play for your country it adds so much more passion and you just want to win so bad. I would like to give a special shout out to Randy who performed incredible all week, who didn’t drop a single set, and who really set me up into the driver’s set every single match. To win the last point to watch the ball go out and to see my teammates chase me, it’s the best feeling ever, memories for a life time you know.”

Jamaica will be competing in group 2 of the Davis Cup next year and we know that this team combined with the level of camaraderie they have, will continue to excel and make Jamaica proud.