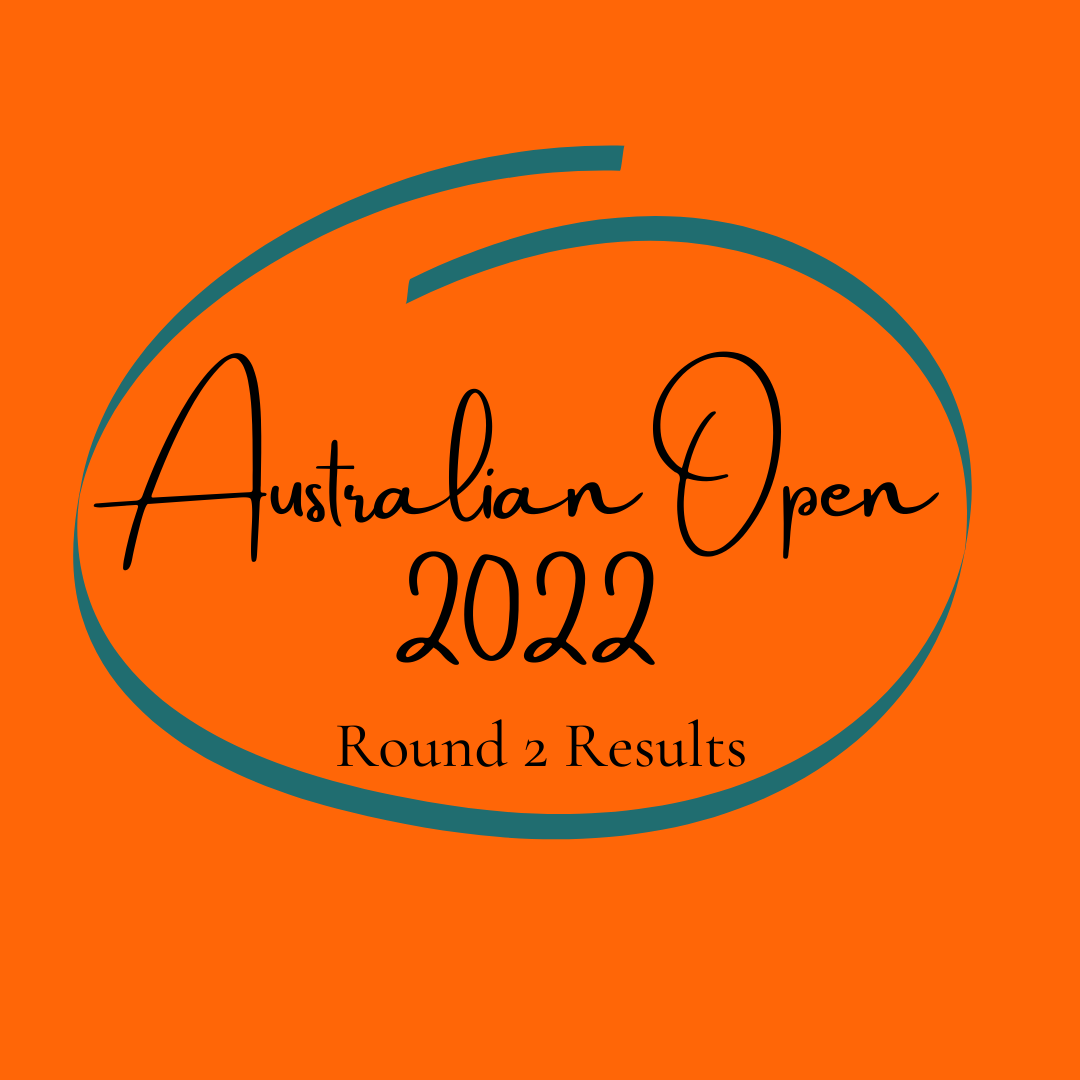 Carlos Alcaraz and Rafael Nadal secure spots in round 3.

Ashleigh Barty and Naomi Osaka have their way in round 2.

Round 2 of the Australian Open brought for some cheers and others tears as some players advanced to the next round while others were forced to pack their bags and head home.

On the tennis court at the 1573 Arena, Carlos Alcaraz Garfia lit up the tennis court playing some explosive tennis to win his match against Dušan Lajović in straight sets. The Italian Matteo Berrettini will face Alcaraz in round 3, after ending the American Stefan Kozlov’s run for the title.

No. 3 seed Alexander Zverev won his 2nd round match eliminating John Millman from the tournament in straight sets. If Sascha continues to deliver this level of quality tennis he could end up battling for a semi-final spot against Rafael Nadal in the quarters. For now, the German will go up against Radu Albot in the third round. Albot secured the third round placement by knocking Aleksandar Vukic out of the tournament, 6-4, 77-64, 6-4.

Nadal in the 2nd round quickly ended the German Yannick Hanfmann’s journey in the tournament by sweeping the match, 6-2, 6-3, 6-4. Nadal’s run so far in the competition has been smooth. He has shown zero signs of fatigue or discomfort but his level of fitness will be tested as he advances further in the tournament.

The Italian, Jannik Sinner, who is currently the youngest player in the top 10 world ranking, was able to ward off Steve Johnson winning his match 6-2, 6-4, 6-3.

Stefanos Tsitsipas, Andrey Rublev and Felix Auger-Aliassime have also advanced to Round 3 starting this evening.

US Open Champion Daniil Medvedev advanced to round 3 after demolishing Nick Kyrgios, 6-7, 4-6, 6-4, 2-6. Medvedev will play the Dutchman Botic van de Zandschulp who is currently ranked No. 57 in the world.

Former World No. 1 Andy Murray, was eliminated from the competition by the Japanese Qualifier Taro Daniel. The American Frances Tiafoe, who made a brilliant run through the US Open will not be moving on to the 3rd Round of the Australian Open after being cast out by fellow countryman Taylor Fritz, who won the match 6-4, 6-3, 7-6.

Maddison Inglis will face Kaia Kanepi in the 3rd Round after both extinguished the fire of their 2nd round opponents, the American Qualifier Hailey Baptiste and Marie Bouzkova, respectively.

Maria Sakkari left Chinese Qualifier Qinwen Zheng packing as she won her 2nd round match in straight sets, 6-1, 6-4. No. 1 seed, Ashleigh Barty, who is playing on home soil, booked a 3rd round match with Italian player Camila Giorgi after pummelling the Italian Qualifier Lucia Bronzetti, 6-1, 6-1.

No. 13 seed, Naomi Osaka, has also advanced to the round 3,  where she will face the American Amanda Anisimova, for the first time ever.

Simona Halep defeated Brazilian player Beatriz Haddad Maia to move on to round 3. Paula Badosa, Victoria Azarenka and Elina Svitolina have also moved on to round 3.

US Open Champion and Britain’s current No. 1 women’s player, Emma Raducanu, has been eliminated from the Australian Open after losing her match 6-4, 4-6, 6-3 to unseeded player Danka Kovinic.

Furthermore, Garbiñe Muguruza’s, the No. 3 seed from Spain, journey ended abruptly on Wednesday after unseeded player Alizé Cornet took the Round 2 match 6-3, 6-3.

If you have not checked out our article on round 1, click here.